Family Ties and Hobnobbing Are Keys to Power in China 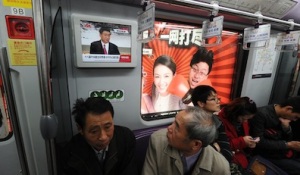 Family Ties and Hobnobbing Are Keys to Power in China | NYTimes.com

The seven men on the Politburo Standing Committee have forged close relations to previous party leaders, either through their families or institutional networks. They have exhibited little in the way of vision or initiative during their careers. And most have been allies or protégés of Jiang Zemin, the octogenarian former party chief.

The Communist Party and its acolytes like to brag that the party promotion system is a meritocracy, producing leaders better suited to run a country than those who emerge from the cacophony of elections and partisan bickering in full-blown democracies. But critics, including a number of party insiders, say that China’s secretive selection process, rooted in personal networks, has actually created a meritocracy of mediocrity.

Cheng Li, a scholar of Chinese politics at the Brookings Institution, wrote in a paper published in September that the Chinese political system was one of “weak leaders, strong factions,” and that it suffered from “nepotism and patron-client ties in the selection of leaders.” Susan L. Shirk, a professor and former State Department official, said Thursday on ChinaFile, a Web publication from the Asia Society, that “patronage is the coin of the realm in Chinese elite politics.”